Autism Awareness: We Are All Human 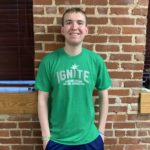 I’m here to talk to you about autism awareness. The autism community could use the help of people who aren’t a part of it. People who have autism can talk and behave differently from people without it. If someone without autism knows that the person with autism they’re talking to has it, they’ll understand and accept them for who they are. But if that’s not the case, the person with autism will have a hard time interacting with others. I know this based on experiences I had growing up.

Autism can be a challenge for those diagnosed. Someone with autism may develop at a slower rate. People with autism may also talk about different things from people without it because they may not let go of their hobbies that others have outgrown from their childhood.

Autism may lead to someone having a different sense of humor. I don’t really laugh at jokes other people make. It was hard for me growing up because my teacher would say something funny and my whole class would laugh, except for me. I felt like I didn’t fit in with everyone else. I also felt like I was being judged because I didn’t laugh.

Even though people with autism get special help from their parents, therapists, counselors, and closest friends, there are many who do not treat them fairly. There may be kids at school who find someone on the spectrum annoying. There might be teachers who deliberately leave them out or find them juvenile because of their behavior. I know these things because I was often an outcast in fourth grade and in middle school. I would often sit alone at lunch because I didn’t exactly fit in with other people and when I tried sitting with other people, they would get up and move because they found me annoying. My teachers gave me grief sometimes because they would allow other kids to get away with bullying me. In fourth grade, my teachers would often give me unfair punishments because if other kids bullied me, they wouldn’t believe me and when other kids said I bullied them, I would get sent to the principal’s office, even though it was not true. Worst of all, anyone who bullied me knew they were guilty.

I barely had any friends on the spectrum growing up. I’ve made friends who aren’t on the spectrum, but these friendships don’t last long, except for very few. 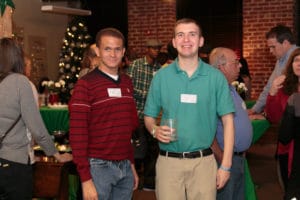 I would often get betrayed because of people trying to take advantage of me. I had a generous nature and people would use me to get rides or whatever they wanted. Now I’m constantly on the alert over who to trust and who my real friends are these days.

Autism can impact people mentally which can sometimes lead to them being affected physically. Autism may have an impact on one’s oral care. One may not understand dental terms and might be more sensitive to a toothbrush.

A person’s mood can be affected by even one little mistake. I know this not based on research, but by behavior I’ve expressed in the past. There would be times I would get something wrong in one of my classes while everyone else would get it right. I would get frustrated because I felt like the class idiot. I don’t care about being intellectually superior to others, I just don’t want to be left behind and look dumb compared to people who don’t take school as seriously as I do. I knew a lot of people at my school in Connecticut who didn’t even touch their homework and somehow, they did well anyway. I don’t want to be stupid compared to them.

Physical fitness, sleep problems, and sensory issues are problems that those on the spectrum go through. I’ve been through all of these problems and they are not pleasant. I’ve met people who also have similar problems.

Physical fitness is an issue for those on the spectrum for reasons such as safety and medication. People on the spectrum are more likely wander around during a sport they are playing. They may not get along socially with their teammates because of their different personalities. Parents may also not want their kids on the spectrum playing sports out of concern for their safety so they stay inside too much. Medication can lead to slower metabolism which can cause someone to gain weight. I know this from my past love of hot dogs that we can be picky eaters, where we eat only very few foods which could be high in calories. Being physically active has been very challenging for me in the past because I always have to work out at the gym by myself. Nobody would every invite me to work out with them and the one time someone offered to help me, I got stood up. We can’t always work out or play sports on our own, we need help.

Sleep is an issue for people on the spectrum, including me. Studies have shown that more melatonin is produced during the day in people with autism. Melatonin is a hormone related to the circadian rhythm. More of it is produced at night to help us sleep and less during the day to help us stay awake. But it may be the opposite in people with autism, which can make our days harder to pull through as we might get drowsy and more sensitive to light and temperature.

Our everyday lives have been impacted by autism but we should never let that define us, we define autism. 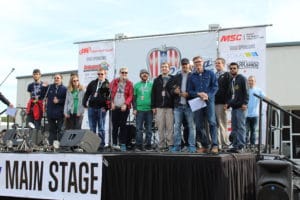 Even though I’ve struggled socially throughout my life, having difficulty with making friends and not even having my first girlfriend, that doesn’t mean I don’t have any close friends. I have a few very close friends in Connecticut such as my best friend from middle school whose had my back up to this point, my best friend who is inspired by me to be more positive, and my best friend who I’ve known since ninth grade who I have many things in common with, including our struggles with our Asperger’s and autism.

There are autism support groups for people to join that can help those on the spectrum find their circles. These groups are beneficial because everyone fits in with one another. I’m part of two autism groups, Autism After 18 and IGNITE. They’ve given me some of the best times of my life. The people I’ve met in these groups are fantastic. I’ve made friends with many of them. I recommend these groups to everyone on the spectrum.

Even if we have trouble bonding with those not on the spectrum, we have each other and our families.

I’m taking a stand for what I believe in because my peers should not have to suffer because of our disabilities, mentally or physically. We should not be left out because we may act differently. All people are different. The only thing that makes us similar is we are all human.

Matthew Josephs describes himself as determined, courageous, and clever. He is originally from Norwalk, CT, and joined IGNITE in Davidson in January 2018 after moving to Huntersville with his family in 2017. Matthew is a baker and is pursuing a degree in culinary arts at Central Piedmont Community College. He said he has “some of the most fun I’ve ever had” while attending IGNITE and enjoys participating in the many activities IGNITE offers while making new friends.