Autism and the Sibling Connection 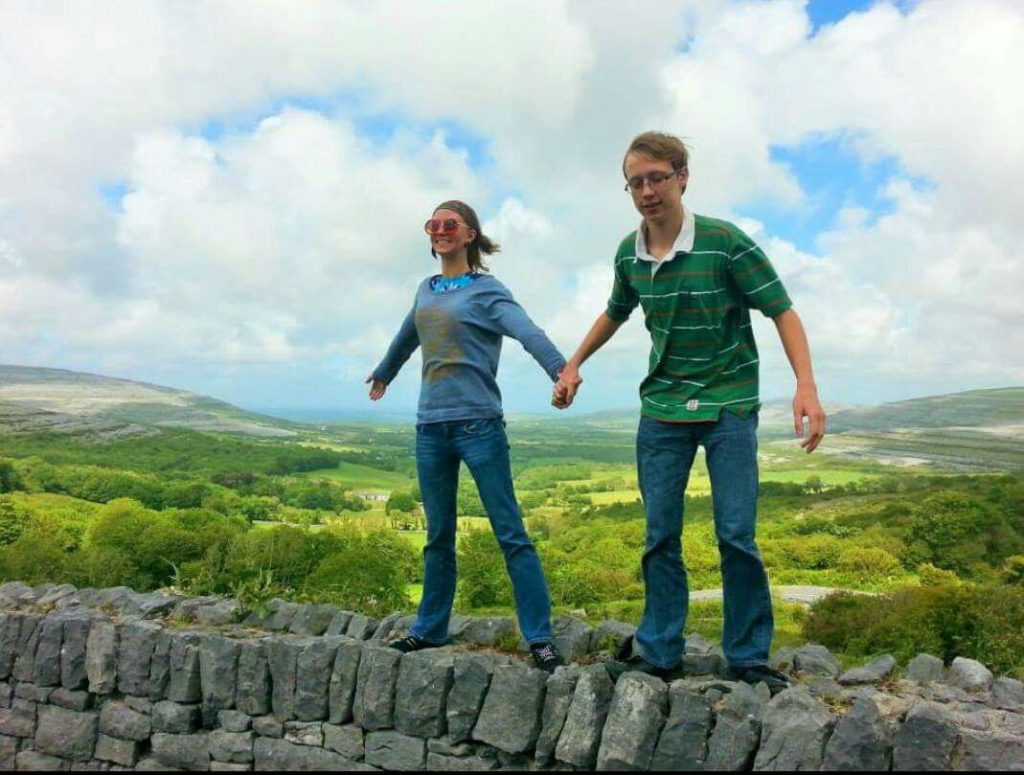 Younger siblings usually look up to their older siblings; older siblings with autism frequently relate to a neurotypical younger sibling as a peer or even mentor. A child (or adult) with autism may be more receptive to ideas proposed by a sibling. When Evan was younger, he had some complicated health issues. Several times, after parents and professionals failed, Hayley was the one who could find a way to get Evan to cooperate with treatments. We were all approaching the problem as adults, but a child’s mind can be quite creative.

It can be easier to leave a child with autism at home; however, exposure to a sibling’s extra-curricular activities, even on a limited basis for a short period of time, can make a person with autism more receptive to exploring their own interests and activities. It does take planning. Start out with baby steps, beginning with being near an activity for a minute or two. Bring along preferred activities, sensory items, noise-canceling headphones, whatever it takes. Be prepared for setbacks. Gradually, you can build time and tolerance. Eventually, even enjoyment.

At times, Hayley can expand Evan’s horizons beyond what anyone else can do. Although we did not insist upon it, Hayley usually found a way for Evan to be included, even if just for a brief time. She always has looked out for the underdog and refused to be friends with anyone who didn’t get along with her brother. This was her choice. At times, her friends need a little education, but Hayley wanted to do it, and usually without parental help. She had been provided the tools to do it.

Evan eventually learned how to play and excel at board games and play video games, and he frequently was the favorite “guy” to dance with at a party. He became an unofficial swim team mascot. Like his sister had before him, he participated in youth group at church, even attending confirmation camp and a national youth event without his parents as chaperones. It took incentives, training, small steps, missteps, planning, and patience to get Evan started in each and every activity, but it has been worth the effort.

Not only did we see Evan develop a larger range of interests, but by being around compassionate, somewhat older kids, he gained greater exposure to appropriate social interactions and improved his growth in this process. At age 22, Evan is now active in Challenger League baseball, basketball, and bowling. He also participates in Panther Flag Football and Abilities Tennis.

Our children with autism may draw negative attention with their behaviors. To keep their clothes from contributing to this, a sibling can help consult on age-appropriate dress. As Evan entered middle school and later high school, Hayley became his fashion consultant. This even included what to wear in a locker room, down to socks and underwear. Sometime during Hayley’s college years, Evan developed his own taste in clothes. He tends toward a “preppy” look, quite different from his sister’s style.

When Hayley went to college, we feared the special sibling relationship might be lost. However, that did not occur; the relationship just adjusted and matured. A sibling going to college is quite a transition, but it can also be a time for growth for a sibling with autism. Evan learned about texting, attempted talking on the phone, and became comfortable visiting a college campus. Hayley attended Meredith College, an all-women school. On her own, she obtained special permission for Evan to visit during “non-boy hours,” with advanced notice. Hayley has attended or supported in some way all of Evan’s major life events and continued to do so.

When Evan’s high school graduation came along, Hayley and her boyfriend provided him with one of the most important parts of the graduation experience: the beach trip without parents. Although we were somewhat apprehensive, Hayley had many reasons why he should experience this rite of passage. 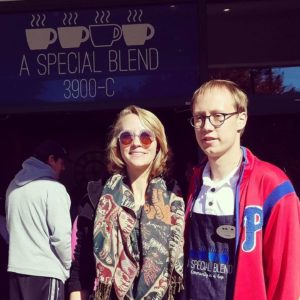 It took a while for Evan to find his rhythm in the adult world. He is still at the beginning of his journey, with his sister as his #1 cheerleader. He seems to have discovered a love for cooking and restaurants. Evan works two part-time jobs: one at a high-end Italian restaurant and one as a cashier at A Special Blend coffee shop.

Volunteering is part of the McCraw family, and Evan now volunteers regularly with several organizations. Hayley has always shared about her activities with Evan, and he has been able to participate with her during some events. As Evan experienced his parents and older sister volunteering, to him it must have seemed just part of growing up. Although we had to help make the connections and sometimes had to investigate options, Evan chose organizations based on his own interests versus what we chose for him.

Evan experienced his sister’s college years and wanted to attend college as well. Thankfully, many more options exist than did even 10 years ago, including programs for students with an intellectual disability. He just graduated from a food service program at our local community college and passed the ServSafe national restaurant exam. Check out his food blog at https://evan528061506.wordpress.com. He keeps his dad and me and our Para Transit system busy!

Planning for the future

Some health issues I had a few years ago were a wake-up call about planning long-term for Evan’s future, including guardianship, financing the future, and living arrangements. Unless there are no siblings, the siblings may be part of the future plan. These things must be discussed openly. Our typically developing children likely have their own ideas on these matters. We, as parents, need to respect all of our children and their right to live as independently as possible. We have already had those tough discussions with Hayley and have a plan (in the early stages). She had considerable input, as it influences her future as well as Evan’s.

Hayley is Evan’s hero and guardian angel, yet she is her own person. She deserves some privacy, her own friends, and her own activities. I believed this to be true when she was a child as well. She had the ability to thrive in the world; however, she deserved and needed our support. I encourage you to always work for a healthy balance and provide outlets for the typically developing sibling. We located a sibling support group that became very special to her. She gained coping skills, new insights, and an appreciation for her brother and others with special needs.

She developed friendships with others who had siblings with special needs; they share a special bond. We participated in our local Autism Society of NC chapter regularly (and still do) and brought both kids to family activities. Hayley enjoyed and embraced all these experiences that most of her classmates would never experience. Sometimes Hayley’s friends without a special needs sibling were even envious of her special activities!

Hayley went to sleepovers, parties, and camps, without her brother, just as any sibling would. She had her own activities and interests; however, she also wanted to be involved in her brother’s life.

Robin K. McCraw, an Autism Resource Specialist in the Triad office, can be reached at rmccraw@autismsociety-nc.org.