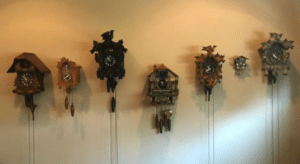 When my son Logan was diagnosed with autism at the age of 4, he was preverbal and was not able to pronounce most of his sounds. He could say “ba,” and a year later was able to say “ma.” It took years for him to master making all of the sounds necessary to form words. We tried sign language to supplement his communication, but this did not work for him, because of his lack of manual dexterity. With speech both in school and privately after school, we made some nice headway.

Along the way, I started noticing some very interesting strengths emerge in my son. When Logan was only 5, he would run into the living room at exactly 6 p.m. and turn on the TV to hear the “intro” of the news. He timed this perfectly. I wondered, how did he know when it was exactly 6 p.m.? I finally figured out by observing him that he frequently looked at our digital clocks. He would run from room to room to look at all of the digital clocks, and watch them change. Also, the news was called “The 6:00 News.” He put all of that together and took control to turn the TV on at the right time. He was also teaching me that he liked predictability.

We also noticed that he would look at the digital clock and compare it to an analog clock. He would compare each minute to see how it looked on the clock with the hands. He learned to tell time, by comparing the two variations, one minute at a time. I could see how smart my little guy was, as he learned to tell time as well as the concept of time. A typically developing child generally learns this at a later age. This was indeed a strength for Logan. This is also a good example of how an individual with autism, takes in information and learns differently.

Logan’s cuckoo clocks fill our entire den. He sets them every morning and, thankfully, turns them all off every night at bedtime. He also has a large watch collection, and yes, he wears his two favorite watches on each wrist.

Logan’s interest in clocks was my key for introducing a visual schedule. I found a laminated schedule board that had a picture of an analog clock and sections to write in the time and activity. BINGO… this worked beautifully! He loved his schedule because it incorporated his interest.

Over the years, Logan has made nice progress in his ability to talk. He still needs support to communicate, especially in responding to open-ended questions and initiating conversation, but he is doing very well. His new ability to use his words has opened more pathways for Logan. He enjoys verbalizing about the weather after looking at the map and tracking storms by the hour.

Logan is also fascinated with airplanes and loves to watch them take off and land. He enjoys looking at the arrival and departure boards with the flight times and knows how to track incoming and outgoing flights on his phone. He has figured all of this out himself.

Logan is now 19 years old, and he is about to begin a volunteer job at our local regional airport.

He will have a custom-made, roll-away kiosk and will wear a badge and uniform. He will feel like a team member of the airport and have feelings of belonging and pride. With support, he will greet passengers as they arrive. He will have multiple mini jobs throughout the airport, including being in charge of “Wings for Autism,” which the airport hosts annually.

He is excited to begin this new venture, as it mirrors his interest.

We can learn so much from our loved ones, by observing them and discovering their interests, talents, and strengths and then incorporating those into community possibilities.

Juliette Heim, an ASNC Autism Resource Specialist in Asheville and mom to a son with autism, can be reached at jheim@autismsociety-nc.org.