On the Road to Interdependence

Merriam-Webster defines independence as the quality or state of being independent, or competence. Other words used to express independence include self-support, self-subsistence, self-reliance, self-sufficiency, and finally, self-dependence.

How many times have you heard or said the word “independently” or used any of these synonyms when discussing goals, measuring growth, or contemplating the future as it relates to people on the spectrum, especially adults? 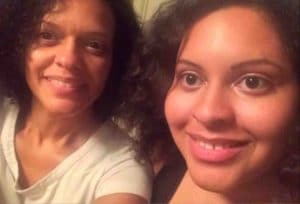 In my journey with my daughter, at some point I came to both dislike and worship the quest for independence. In earlier years with education and supportive services, I became focused on hearing and saying the words “She does that all by herself.” I worshiped those outcomes. Those outcomes were almost like trophies my daughter amassed without ever competing in sports.

Like many other families, we were often told “Don’t get your hopes up” when discussing our daughter’s future. So, every goal achieved was like her doing the impossible and winning the Daytona 500! Yet, something was incomplete in what we, Kylah’s team, taught her about the value of self and the quest for sufficiency. When she was 12 and uttered the words “I can do it myself,” it inspired my joy and pride in her attainment, achievement, self-actualization, and autonomy. She was mastering personal care, or self-advocating to end special transportation services.

But now she is 22 and says “I can do it myself” when there is a resume she is submitting, or an online dating site she is using, or a credit card offer, or a Meet-Up an hour from her home, and so on. With these things, I know support is key to her success and will lead to independence in employment, intimate relationships, finances, travel, and transportation!

Why did my daughter now defend herself with the words “I Can Do It Myself!”? Why did she not want support to attain the skills she did not yet have?

Eureka! Does she think if she needs assistance she is not independent, or that support is something you work your way out of having? There lay the gap! There may have been some blame on her very literal use of vocabulary, but the onus was actually more accurately on us, her team. She had heard loud and clear what we had reinforced at every IEP meeting and every plan update. We had not heard ourselves.

“You want to live by yourself one day.”

“You don’t always want your Mom to drive you around, do you?”

“Can you go to the store independently – by yourself?” “

Do you need someone to help you count money?”

We were so hooked on celebrating her progress toward independence that we had not accurately conveyed the importance, contributions, or roles of the other players in her support system.

We had not taught her that her success as a person was no different than the success of every person along the road she was traveling. Show me a college student who graduated without an advisor. Show me an employee who has no supervisor. Show me a Busch without a pit crew. I need someone to proof my resumes! I consult an accountant. I try not to travel alone or I let others know my plans. Had I told my daughter this? Maybe I needed to take a Supports Intensity Scale so she could hear how many “with support” answers her mom had. We had created this idea that independence was…better! And that independence existed without interdependence.

Perhaps we should look at ways to rephrase and teach what we really want for our children. Many times, our efforts are for their quality of life to be safeguarded. Also, we want them to be able to do for themselves once we are gone. Perhaps, we should borrow from our person-centered language and strengths-focused approaches and even dare to say one of our child’s strengths is their supports.

To build your child’s team, find resources on the ASNC website. Also consider connecting with a local Chapter.

Each family has its own struggles. There is usually strength in numbers…and we are finding relief in the pursuit of interdependence. My daughter is relearning her value to me, and her team, and to herself. She is learning that she can do many things for herself but does not have to do anything by herself to prove herself. She is learning that we are with her on this road, and that we are for her!

Courtney Chavis, an ASNC Autism Resource Specialist in Greensboro and mom to a daughter with autism, can be reached at cchavis@autismsociety-nc.org.