Come Play with your Local Chapter!

It’s almost summer, and hope is blooming alongside the flowers! The improved weather means many of our Chapters are scheduling outdoor events, giving our families a chance to resume meeting in person and enjoy some fun together.

We have more than 70 Chapters and Support Groups serving families in 72 counties across the state. See our website calendar for details on meetings. ASNC’s Connections Specialist, Nicole Sevigny, would be happy to help you find the Chapter in your area. Call her at 800-442-2762.

Chapters are about more than fun, of course. Read on for some of the ways our Chapter members have been supporting each other and building autism acceptance in their local communities this spring.

The Surry County Chapter had a busy April with their Walk for Autism and Shop & Dine 4 Autism! Central Middle School and North Surry High School were the top two schools in fundraising, said Chapter Leader Bridget Soots. Central Middle raised $1,791, and North Surry raised $1,655. She said they appreciate these schools for their support and all of the schools that purchased walk shirts. Many of the businesses that participated in Shop & Dine wore their Walk for Autism shirts on April 27 to show their support. 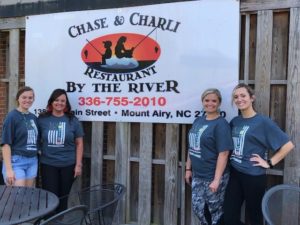 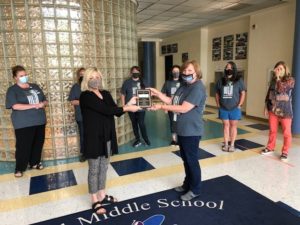 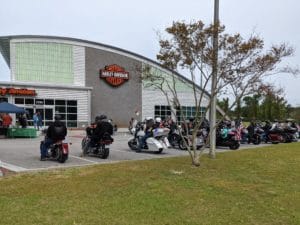 The Onslow County Chapter’s autism awareness motorcycle ride on April 17 was a huge success, with 96 participants on motorcycles, in cars, and even on a firetruck! Some came from as far as Charlotte and Florida to attend. They were escorted by the Onslow Sheriff’s Department. Afterward, participants enjoyed a hot dog lunch outside at New River Harley-Davidson in Jacksonville and door prizes donated by other local businesses were awarded. Chapter Leaders were excited to hold the community event and fundraiser, which had been annual but was delayed twice by COVID-19. Proceeds will go to the life skills program at Coastal Carolina Community College for adults with autism and other intellectual disabilities. 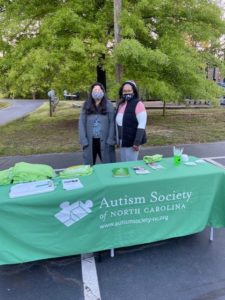 The Granville/Vance Chapter set up an information booth at an autism awareness event in April at Granville Athletic Park. Local online radio station NextDoor sponsored the food truck and outdoor movie event and is donating all proceeds to the Chapter. Chapter Leaders connected with community leaders and the police department, and the Franklin Chapter Leader also attended, making it a true regional affair.

Two Chapters in Western NC, Henderson and Rutherford, held their first in-person/virtual crossover meetings. More are planned, as this is an inclusive option that enables everyone to attend in the way that makes them most comfortable. The Rutherford Chapter also had one of its biggest monthly walking groups in April with seven attendees who plan to keep coming. 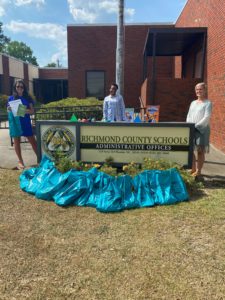 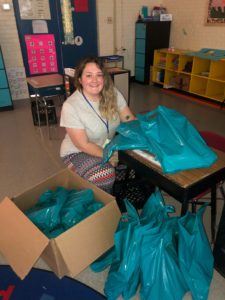 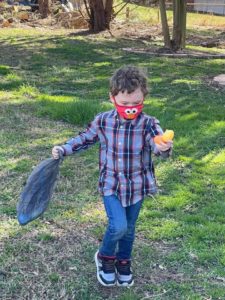 The Person County Chapter had a very successful Easter egg hunt and even made the local news! Families were thrilled to be able to schedule times for their kids to hunt eggs in a sensory friendly and socially distanced way. Chapter Leader Cindy Martin posted: “Today was an amazing day! Hearing the kids laugh and squeal was music to my ears. Thank you to all who joined us. Seeing our group together and kids playing made this one of the best days in the past 12 months.” Parents said: “I really had a great time…this was the first egg hunt that Phoebe has done…thank you again for doing this.”

In Eastern NC, the Crystal Coast Chapter hosted a “Take Home Easter Egg Hunt.” Families had a chance to pick up kits with eggs, treats, and prizes in a drive-through event. Chapter members were also busy this spring recruiting sponsors and participants for the virtual Run/Walk for Autism. Several Chapters also held outdoor meetings or social gatherings, including Chowan County and Wilson County. 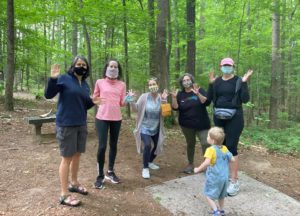 The Orange/Chatham Chapter honored mothers with a Mother’s Day walk. Not only did moms have a chance to connect in person, but they also received a rose as recognition for all they do. One member said, “We enjoyed some post vaccination reunion hugs!” Orange/Chatham also hosted a virtual story time for children in April about having a friend and sibling with autism.

In Western NC, teens have been meeting once a month online. The teens share their interests, including video games and art. Contact Mary Snyder, local Regional Chapters Coordinator/Autism Resource Specialist, or see the ASNC calendar for details on next month’s event. Because the event is virtual, anyone from NC can attend! 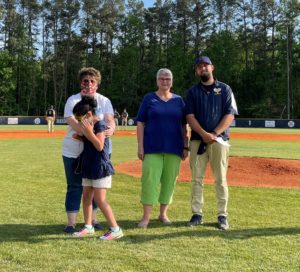 The Rockingham County Chapter had an outstanding fundraising month! They had a cupcake sale that raised more than $700 and received various community donations. Reidsville High School held an autism awareness game that raised more than $200 for the Chapter. “So excited to see how young people are taking the time to understand and accept the AU population in our area,” wrote Leader Pat Routh. “The young man that threw the first pitch is on the spectrum and the guys on the team were so excited.”

The Iredell County Chapter received more than $500 from a T-shirt fundraiser by Langtree Charter Academy, where Chapter Leader Danielle Abbott teaches. The Chapter will be able to use the donation for childcare once they meet in person again. 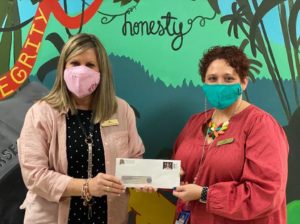 Amy Seeley can be reached at aseeley@autismsociety-nc.org.