Finding our purpose in life, what we were meant to contribute to our communities, is the key to a happy and fulfilling life. At the Autism Society of North Carolina, we believe that every person deserves to find their purpose and feel truly alive.

The students of Enloe High School in Raleigh have realized that making a difference in their community makes them feel alive. They say that as teens, they don’t get enough opportunities to be intentional and do something “real.” So each year, the school’s Student Council partners with a local charity that is making people in their community healthier, safer, and happier. Their motto is “Alive with Purpose.” 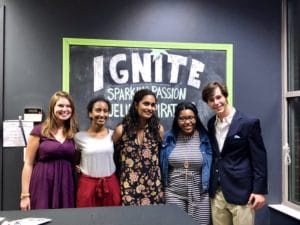 This past fall, the Autism Society of North Carolina was incredibly fortunate to be the 2018 beneficiary of Enloe Charity Ball, which includes months of fundraising and volunteer work. The student leaders dedicated their efforts to helping launch IGNITE Raleigh, a program of the Autism Society of North Carolina for young adults with high-functioning autism or Asperger’s Syndrome.

Benjamin Hogewood, Enloe Student Body President, said the students wanted to “really inspire student leaders in Raleigh and across the state that they can make a change in their community today. They don’t have to wait.”

This amazing gift will enable the IGNITE Raleigh program to grow far beyond its initial 11 members and continue for years, giving more young adults on the autism spectrum a chance to discover their passions and purpose in life. They will be Alive with Purpose! 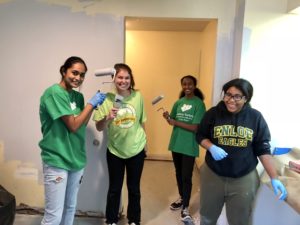 Throughout the fall, the Enloe students not only raised money for IGNITE Raleigh, they also became true partners. They helped ASNC staff set up the center before it opened by assembling furniture, sorting program materials, shopping for kitchenware and exercise equipment, and advising which games to purchase for social time. The Enloe students also volunteered at the Triangle Run/Walk for Autism and spent a Saturday at Camp Royall doing some work projects.

At Enloe, they were constantly busy holding fundraisers including a kickball tournament, a band competition, an open mic night, and coffee and hot chocolate sales. They also raised autism awareness around the school. The week before the big reveal, artwork on living with autism by Enloe students hung at VAE Raleigh, a downtown gallery. Student groups also gave live performances of improv, a cappella singing, and dance. 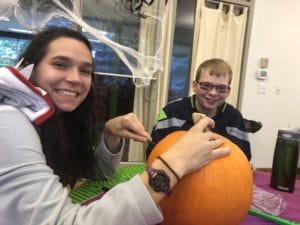 Once IGNITE opened, the students visited often, becoming friends with members. “It’s not just about the money,” said Sanjana Tharuvesanchi, Enloe Student Council Vice President of Public Relations. “It’s about us interacting with the community that we’re giving back to.”

The students came out for game nights, worked alongside members in cooking classes, organized social activities, and invited members to attend Enloe events. High school was not always an easy time for IGNITE members, and it was inspiring to see them and the students bond. We are looking forward to the students’ continued involvement in IGNITE Raleigh! 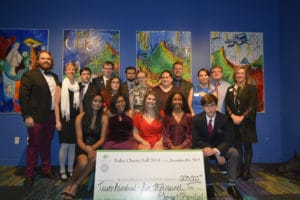 One of the most exciting parts of Enloe Charity Ball is that all of the students have learned so much about people on the spectrum. They have learned all that they have in common with the members: They have passions and dreams, and they are setting goals to get there.

The students will know that sometimes, people just need a little support to get where they’re going. For years to come, they will go into their colleges, their towns, and their workplaces ready to build inclusive communities.

They will help EVERYONE to be Alive with Purpose!